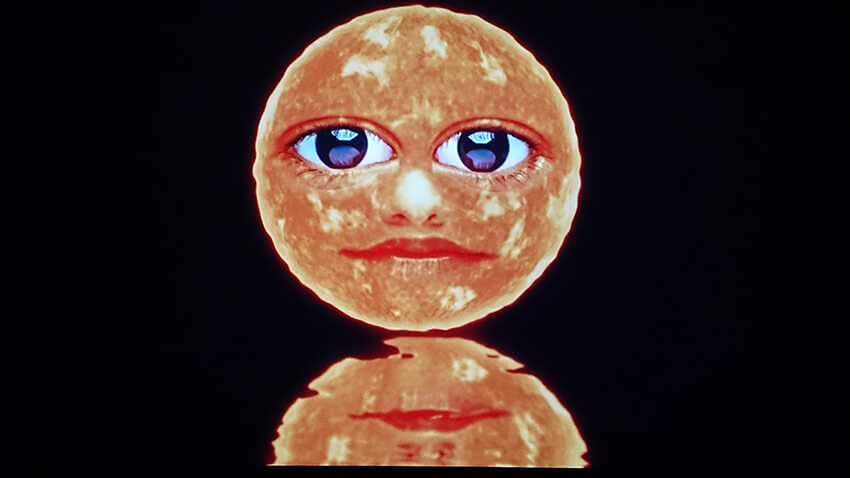 Where have you been so long? is the first episode of the cycle “AN INVOLUNTARY TRACE” in La Casa Encendida in Madrid, formed by “The Happiest Thought” and “The new Sun”, two essays by the Artist Agnieszka Polska.

An Involuntary Trace, consisting of 5 episodes exhibited at different times as the same goes, aims to show the traces that go unnoticed, what is not shown as primordial and remains on the margins, to one side, where each artist will make his interpretation through different tools such as poetry, body, humor and language, that serve to rethink our ever more complex consciousness and identity. Each Episode will be the deepening into another world, a fictional world created by each artist.

Agnieszka Polska. (1985, Lublin, Poland) is an artist with a long career in the art sector, she has held exhibitions in large institutions such as the Centre Pompidou in Paris or the Museum of Modern Art in New York, being awarded in 2018 with the Preis der Nationalgalerie in Germany, which recognises the work of artists living and working in Germany. In her essays/audiovisual projects she works with images created with computer and videos creating a very visual and immersive experience. Through her works he intends to create a common space of exchange with which to understand the reality that surrounds us.

In “The Happiest Thought” plays with several concepts at once, on the one hand places us in the prehistoric biosphere before the greatest extinction of species in the history of the Earth and intertwines it with Einstein’s Theory of Relativity saying that Time and Space are dynamic entities, managing to abstract the viewer from the real world and transport him to a place where there is no gravity, All this with a voice-over of Geo Wyeth that in certain moments interprets us songs in the gospel style.

In «El nuevo Sol/ The new Sun», Polska’s 2017 piece, shows us a Sun that speaks to us as a spectator that witnesses the environmental and Humanity collapse. The idea for developing this essay was based on the poem by a Polish poet from the 19th century, Maria Konopnicka, who from a top-down view starring the sun observes the harmonious daily routines of modest rural life.

Of course this Artist offers us a first course Food for the eyes.

Extension of “A Timeless Moment” in the Tabacalera Promoción del Arte

“Reconstruction” by Hummo: an allegory to Human Evolution