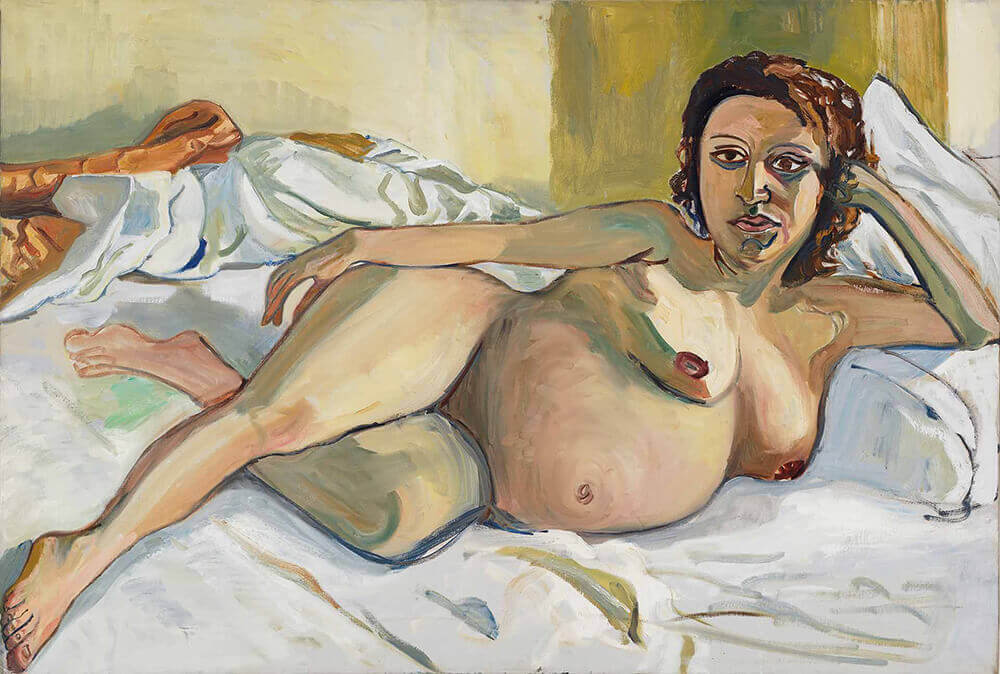 The Guggenheim Museum Bilbao dedicates a retrospective exhibition to Alice Neel (Pennsylvania, 1900), an expressionist artist considered one of the most important portraitists of the 20th century, under the title “Alice Neel: People cone First”.

The exhibition, which will be available until February 6, presents nearly ninety works by the American artist, among which are paintings, drawings and watercolors that cover almost seven decades of creative work.

This first major retrospective dedicated to Neel in Spain aims to rescue from oblivion one of the most demanding women artists in the cultural panorama of the first half of the 20th century in the United States. We are talking about an artist who, faithful to her figurative art and the themes of nudity and sex, did not find her place within the American art of her time, which was dominated by abstract expressionism and pop art. Although the artist in her paintings always tried to experiment both technically and formally, She never changed her pictorial style by following the trends that marked the art market and persevered in his commitment to portray people discriminated against or at risk of social exclusion.

For much of her life-more than 30 years-Neel lived in Hispanic Harlem, where the inspiration that generated many of her paintings came from. Her models are characters who are part of the American counterculture; a lot of her portraits are dedicated to street people, family, artists, celebrities, lovers, children… Among the central themes that we can find in Neel’s work we can highlight social injustice, nudity -always in a crude and realistic way-, sex, motherhood or individuality.

Those who attend the exhibition will be able to see some of the artist’s best pieces, most of them portraits, but also urban landscapes and still lifes. Among the most important paintings we find the portrait of Joe Gould (1933), a character whom the artist decided to represent naked and with three superposed penises, to exalt in this way the most threatening and lustful facet of the portrayed.

From the artist’s stage in Hispanic Harlem comes the painting Georgie Arce No. 2 (1955): in this piece Neel captures the soul of one of her neighbors, a boy named Georgie Arce. This child with a closed posture and a frown that poses holding a knife tightly decades after the making of this portrait would end up in prison.

In another of the most relevant paintings of Neel’s pictorial production, entitled Nazis murder jews(1933), the artist represents an anti-fascist parade-prior to the First World War-located in New York City with the aim of making visible the suffering of the Jews who lived at that time in Europe.

We strongly recommend visiting this magnificent retrospective dedicated to the painter Alice Neel and also advise, in case you cannot attend the exhibition in person, access the exhibition via the free virtual tour that the Guggenheim Museum in Bilbao provides to Internet users on its official website.