ISRAEL CASTRO, Bachelor of Fine Arts from the Universidad de la Laguna of Tenerife(Canary Islands-Spain), he is a multifaceted artist who sails in a sea of Illustration and Fashion.

He participates in our Exhibition “DE PECCATIS ET MORTE” with two works: “Flor de Altura 1” and “Flor de Altura 2”. Clearly inspired by the Sin of Lust, a representation of sexual desire exacerbated by the flowering of the female genitalia. The images are inspired by different positions corresponding to pornographic photography, and although they are quite explicit has wanted to reflect a sensuality and delicacy by framing the drawing, the line and color range used.

He has a degree in Fine Arts from the University of La Laguna de Tenerife and a Bachelor’s Degree in Patronage and Fashion from the I.E.S. Las Indias. He did an Erasmus in Milan at the Accademia di Belli Arti di Brera where he focused on Fashion Illustration. Since then he has evolved into a more personal technique that characterizes him.

He has worked as an Illustrator for the Editorials: “Made Now Magazine”, “The Showroom Mag” and “EL20 Magazine”.

He has made the Posters for the Fiestas de Agosto de la Candelaria, as well as Murales in different establishments in Madrid and Tenerife. 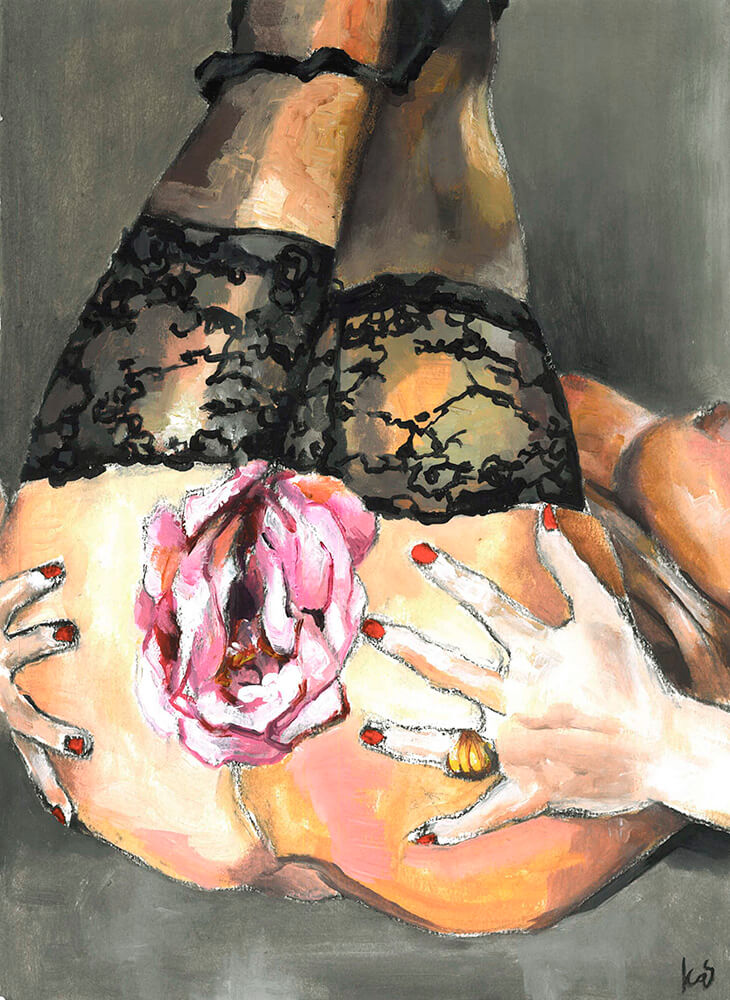 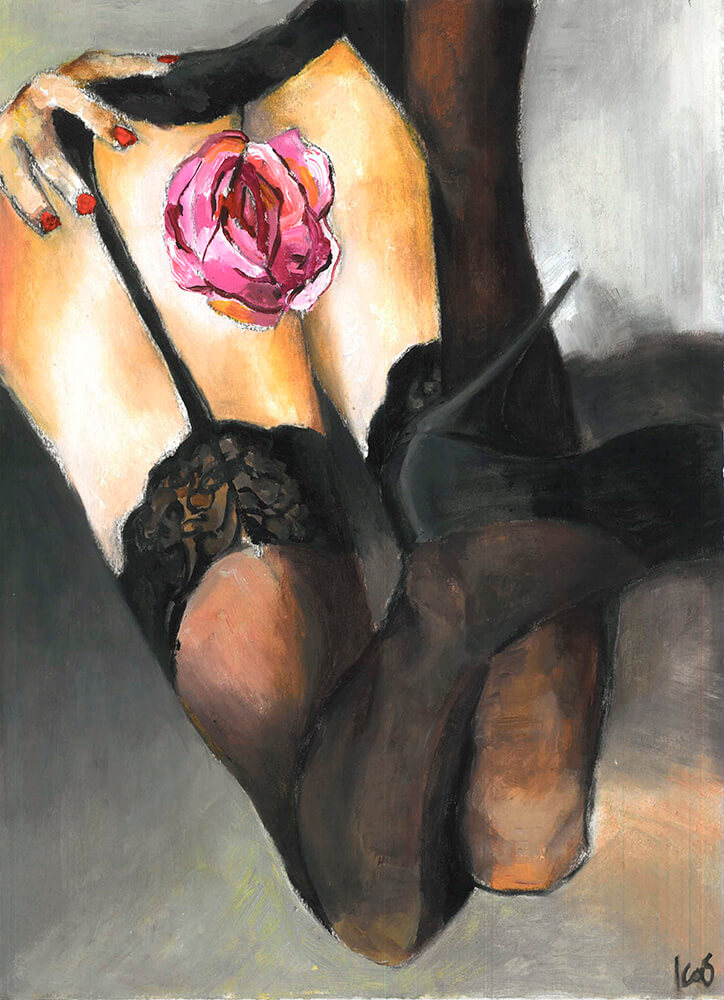