JORGE DURÁN DUQUE (Madrid -1972) Graduated from the Faculty of Fine Arts of Madrid, he is a sculptor who out of any typesetting, always avoids that he can “talk about a concrete style”, prefers to talk about “influences and continuous experimentation”.

His work contains, from the most academic figurative, to the purest abstract, always guided by the material with which he works at that time.

He participates in our Exhibition “DE PECCATIS ET MORTE” with a work:”Duel I”, where the influence of Tim Burton and Keith Haring, among others, emerges, creating this work in forge (his father was a blacksmith), in the purest style of Western cinema. Influences show that that child that one day was still present. He makes it clear that in his work there is also an interest for the functional and decorative design (lamps, furniture, chairs…) with a very personal style

Jorge presents this text about his piece: “Incest, theft, adultery, honor can be considered a sin of death… All this was once resolved by a duel, until in 1757 King Ferdinand VI prohibited this practice. ” Duel I” attempts to provoke reflection using the funny ruse of some characters from the world of children, who being candlesticks with their candles, are very present in rituals and related to the other world and Death.”

He graduated from the Faculty of Fine Arts in Madrid, and completed his last year as a scholar at the Royal Académie de Bruxelles.

On his return he took his doctorate courses and began his artistic journey, combining his work as a sculptor (multiple exhibitions in the Young Art network of the Community of Madrid) with the realization of advertising commissions, television and theatre. 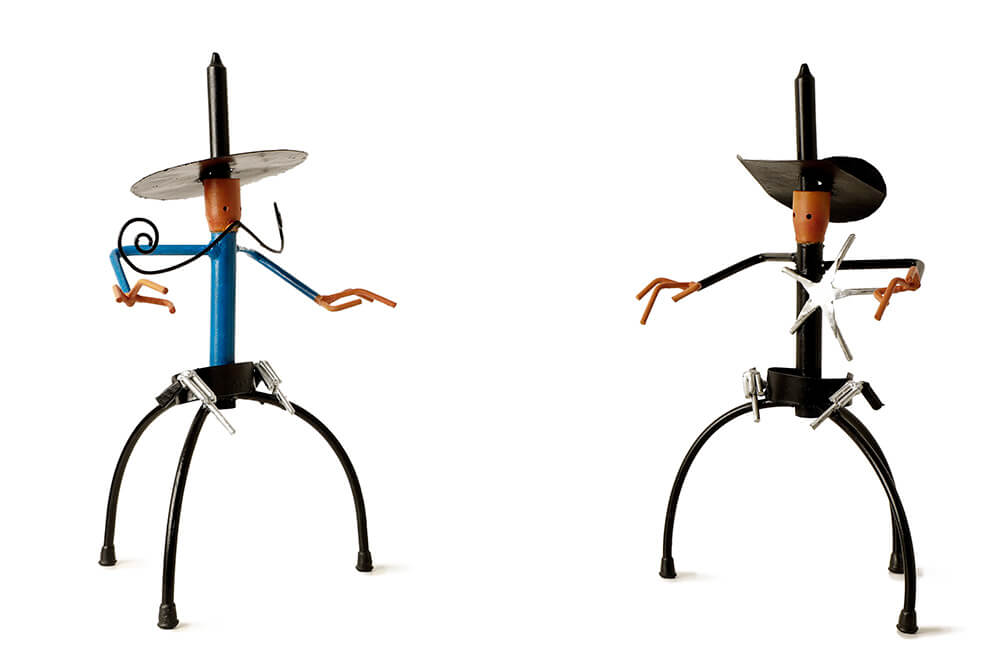 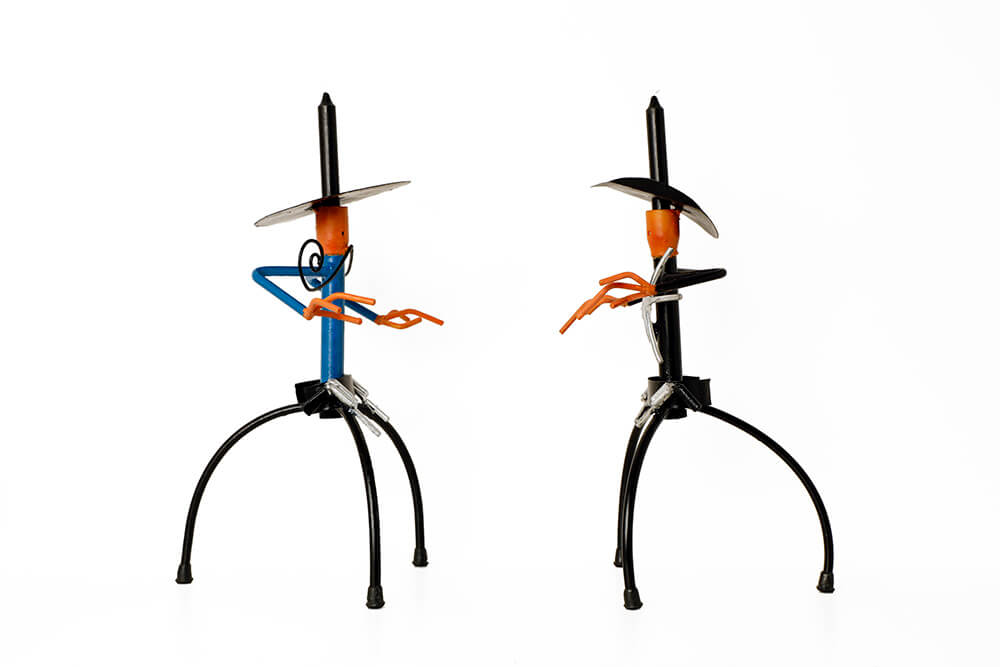 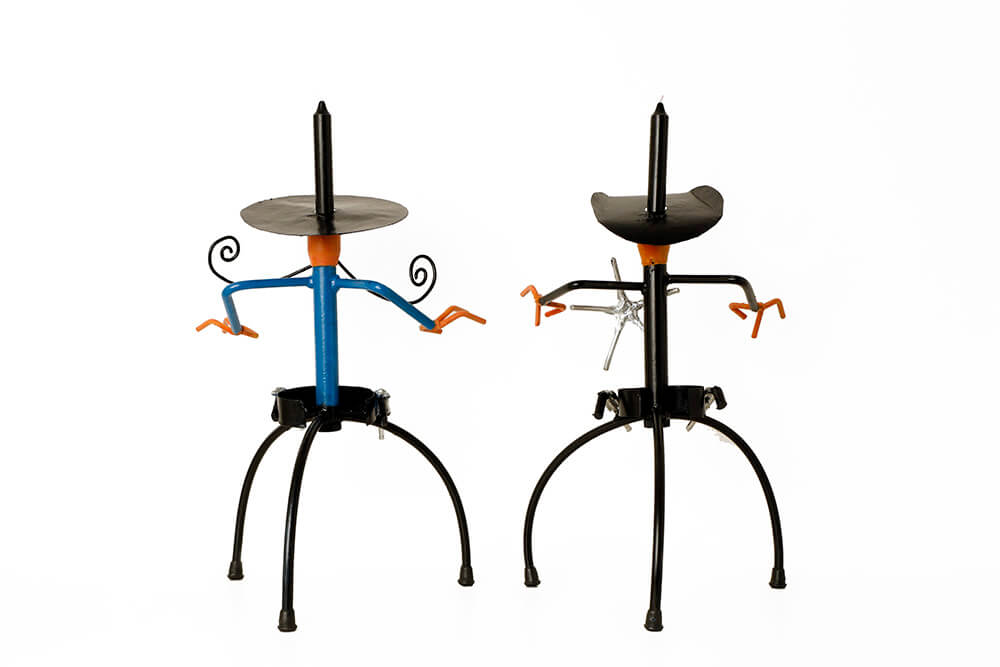