JOSÉ MORATALLA (Madrid-1971) declares himself a lover of art in general but above all of drawing in all its facets. Since he was a child he liked to draw his favorite characters as “Mortadelo y Filemón”, passing in his maturity to a much darker theme full of “Little Monsters” as he calls them. 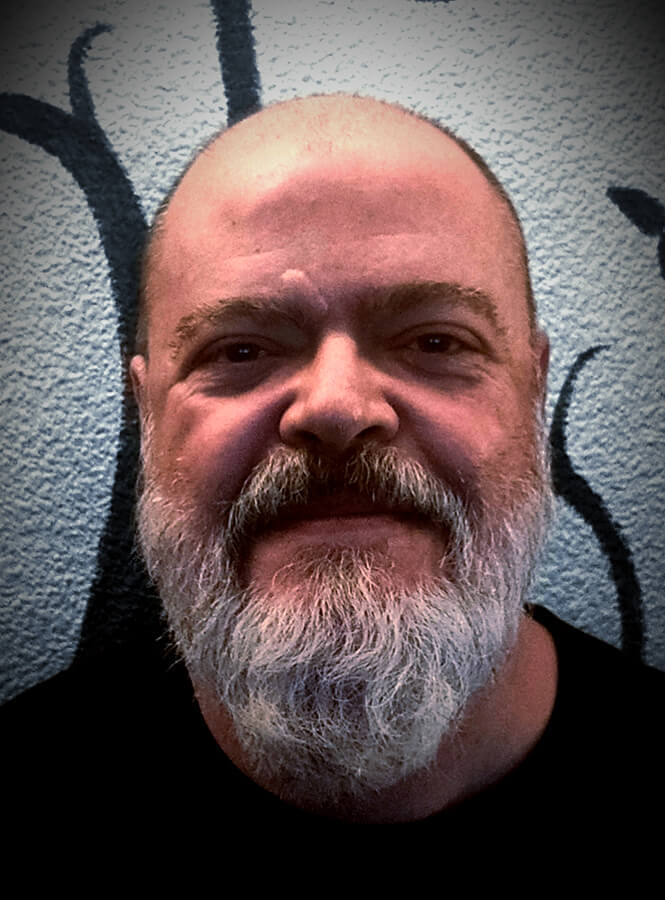 He currently works on both Digital Illustration and Acrylic and Oil painting.

Take part in our Exhibition “DE PECCATIS ET MORTE” with two works: “La Virgen Dolorosa” and “La Novia Muerta”. He tells us what his inspiration has been for each of them:

“The woman in black still in mourning gathers the dried flowers from the tomb of her beloved”. Inspired by photography with tenebrist references.

“The bride dives into the river that flows into the sea, the sea that took him, still with the flowers prepared for the bond”. Inspired by photography with pre-Raphaelite references.

He has trained at different Cultural Centres and Academies in Madrid. He says, “No, obviously I haven’t studied fine arts but I make an extraordinary spanish omelet.” He has collaborated as an illustrator in several books, two on children’s subjects: “La Nube Blanca” and “El Escalón de hojalata” by Editorial Istarduk and another on classical literature such as “La máquina de escribir y La cámara diabolica” by Editorial Subterránea. In addition to various collaborations in covers and books of type Fantasy and illustration of religious comic.

He has self-edited together with the poet Juan Corrochano the book of poems “Letters to Placido” with his illustrations . 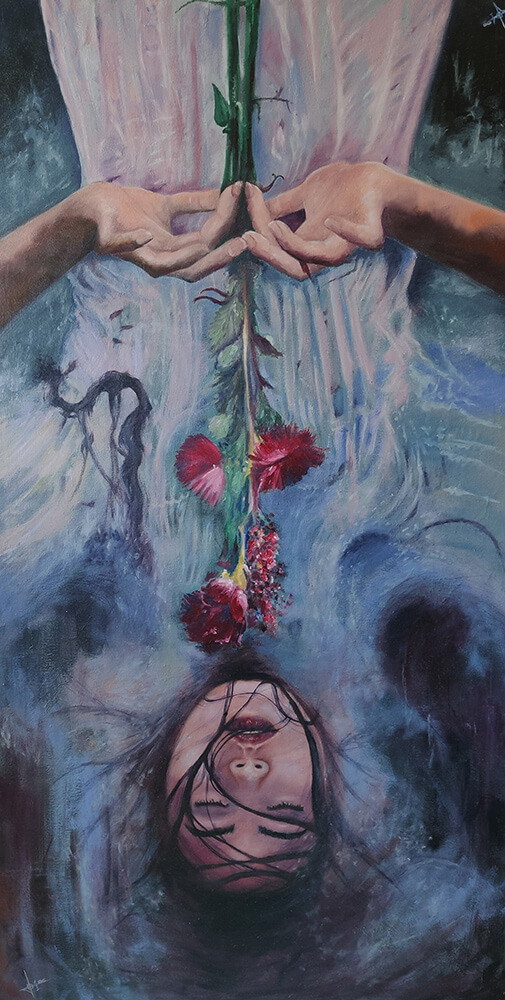