The show revolves around a media icon, the French actress Brigitte Bardot, who in 1957 was in Malaga for the shooting of the film “The jewelers of the moonlight”, directed by her husband Roger Vadim at the time.

The Thermal of Malaga has acquired a collection of 400 original photographic contacts of unknown authorship, which are incorporated into the heritage of the Provincial Council, which undoubtedly have great cultural, photographic and anthropological value. Most of the images are unpublished and are exhibited for the first time.

It is not only a question of showing this Sexual and Fashion Icon of the time during the filming, but of being able to show the beauty of the environments that they chose for the film (virginal landscapes still today) and of the clichés and typical clichés that were held in Spain at that time. The actress was going through a climax of her fame since a year before she had been discovered in the film directed by her husband and produced by Raoul Lévy “And God created the woman”, where she appeared in bikini and with a very promiscuous attitude, which led to the film being censored in many countries and its fame reaching unexpected limits.

The estate “El Retiro” of Churriana, Mijas, Torremolinos, Alhaurín el Grande, Málaga, El Chorro and the Gaitanes Gorge, were the locations, by which the Icon shone the palmetto with other actors such as Stephen Boyd, Alida Valli and Fernando Rey, among others. A contrast that created the actress with the traditional society of the moment becoming a symbol of freedom and youth.

The exhibition has been curated by José Luis Cabrera (writer and researcher).

Suggestion of HōRNō as a staple food. 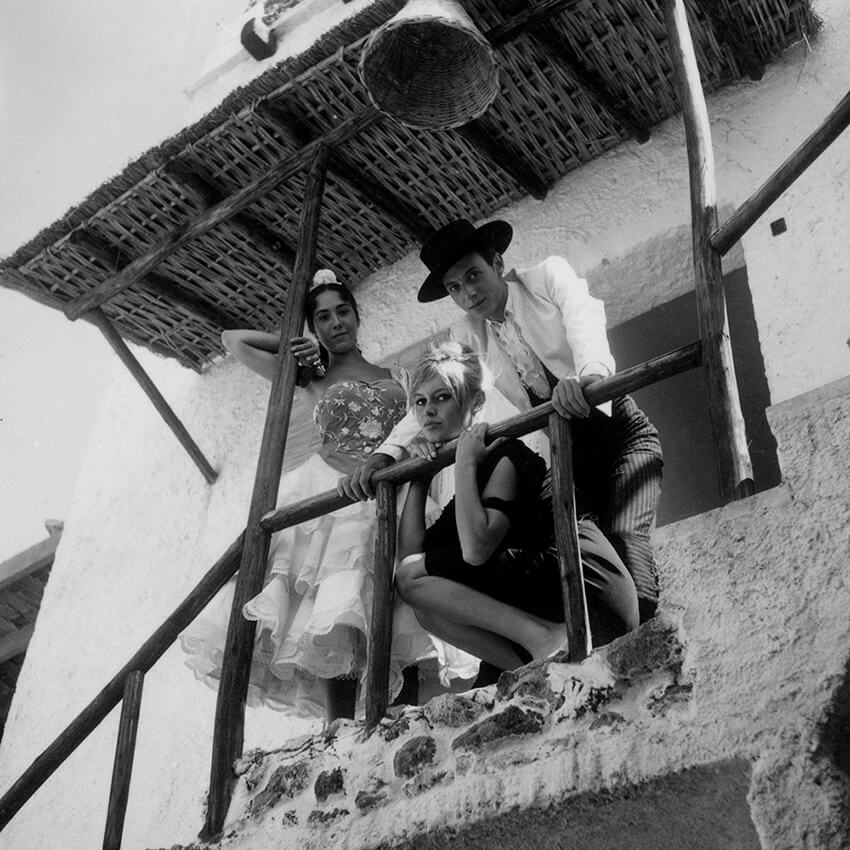