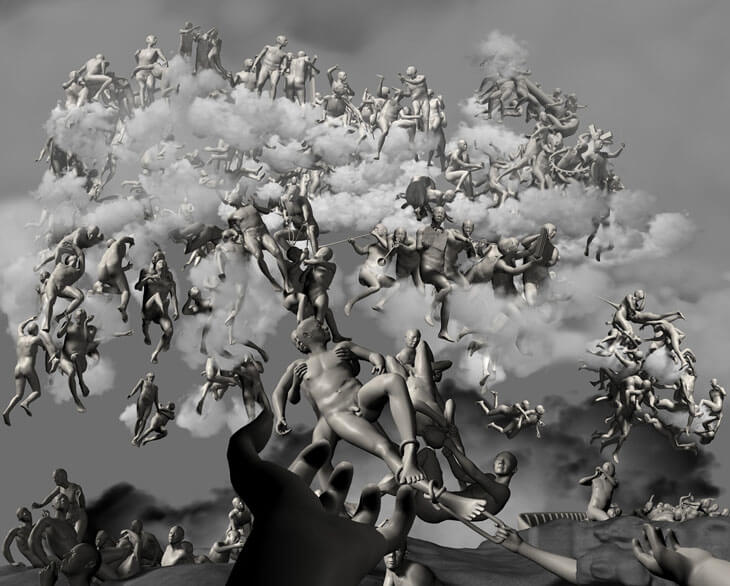 On Friday, March 1, Miao Xiaochun presented a summary of his work and career in “The Fridays of Efti”, International Center of Photography and Cinema, a Chinese artist whose inspiration always looks at Western art.

Multidisciplinary artist who has gone through photography, painting and digital creation in 3d. In its beginnings, he looked inside him in reaction with the environment, creating images where a figure of the ancient Chinese, who represented him, interacted in different locations, first in the West and then in his own environment, China, affected by globalization. In its second stage, he observed and reflected the action of the media on the crowds, with images where there was a great crowding of people. After these periods, he worked with visions from unusual perspectives, such as aerial views, choosing points on the map by geolocation in a grid made from an aerial perspective, creating 360-degree panoramic images. Working with these perspectives, he lead to go to works of art and present these works from angles never seen before created by 3d animation: from behind, from the side, from one of the characters in the work; from “The Last Judgment” by Miguel Angel del Vaticano.

In his last works he has continued to work with computer animation, also developing sculptures that start from these 3d images printed by a 3D printer and continue with his personal and creative interpretation, freeing all his creativity from works such as “The Garden of Delights” by Bosch and reinterpretations from the pictorial style of other artists such as Matisse.

Food for the eyes of first need. 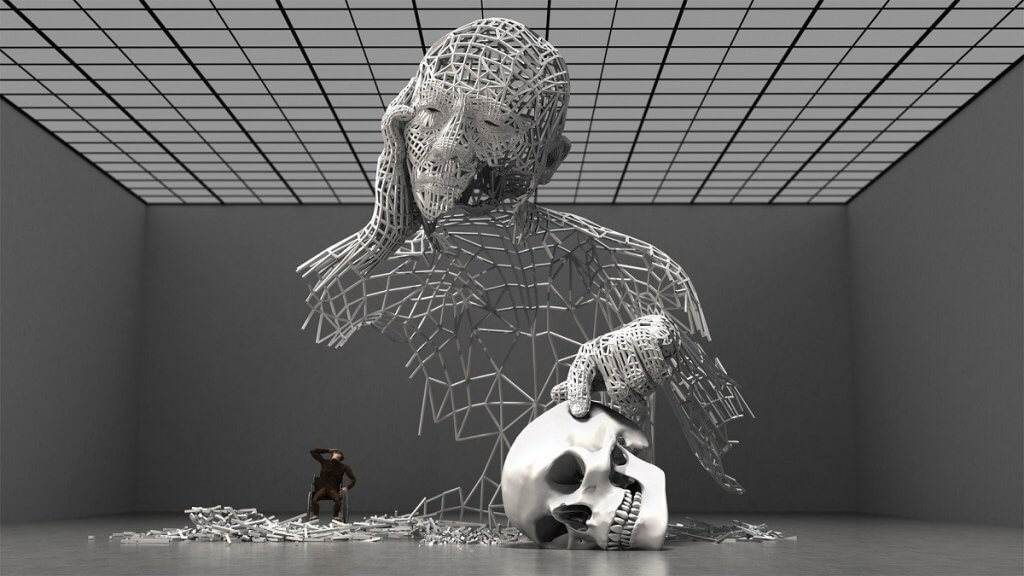 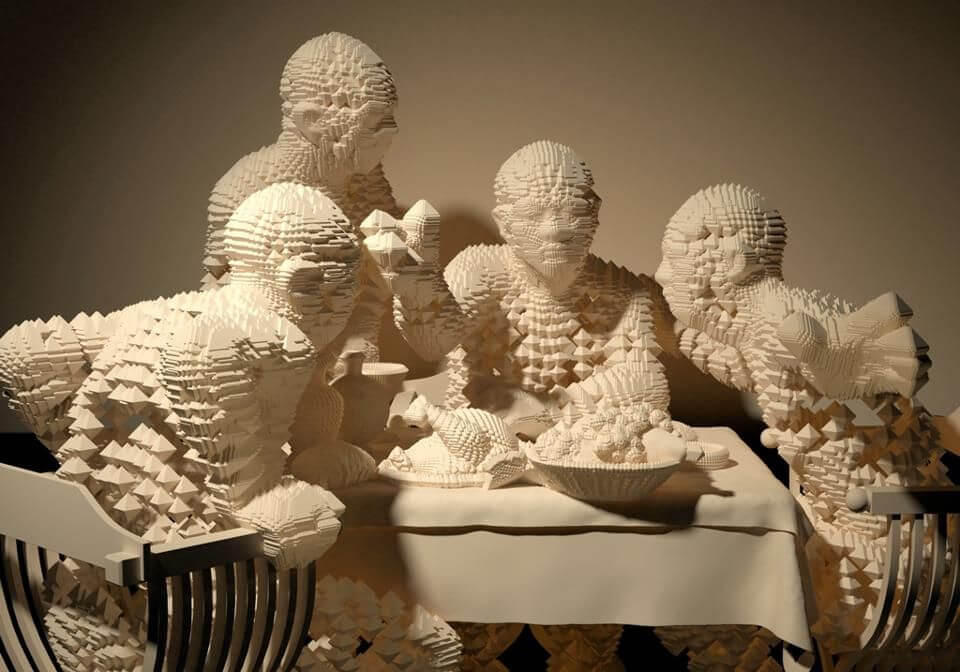