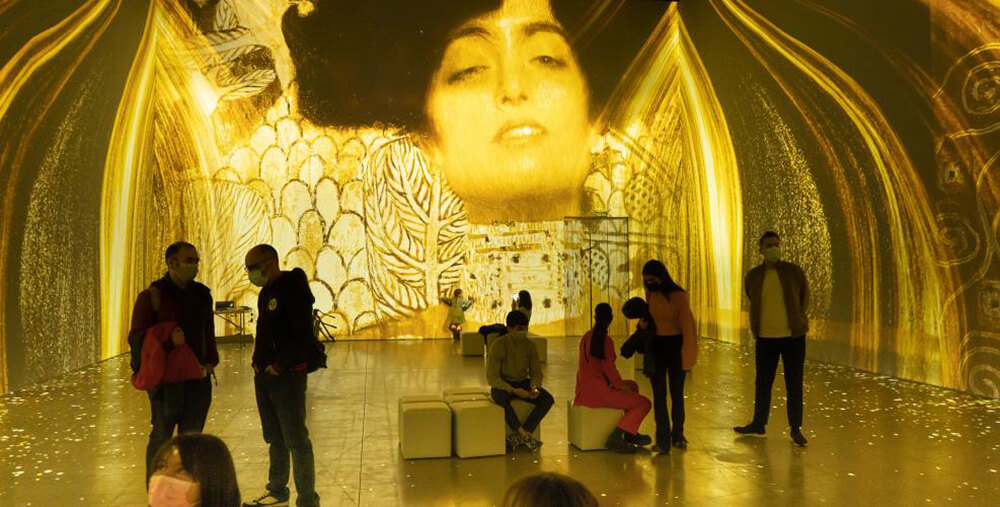 In Nave 16 of the Centro de Creación Contemporánea Matadero Madrid is the recently inaugurated “Madrid Artes Digitales” or “MAD Centro de Experiencias Inmersivas”, which houses in its spaces a production based on the work of Gustav Klimt, which can be visited until September 2022. This center presents an innovative proposal that goes hand in hand with new technologies, as it aims to disseminate artistic creation through audiovisual settings, elements of virtual reality and other digital devices.

This show in particular tries to transfer the spectators to the Vienna of the late nineteenth and early twentieth century, time in which traditionally demarcates the Belle Époque, a period of peace and stability in which great scientific and cultural advances were made which preceded the First World War, in order that they might understand the context in which Klimt’s work was developed; but it also aims to immerse the viewer in the knowledge of the work itself, showing some of his most important and well-known creations.

Gustav Klimt was born in Vienna in 1862 and is considered one of the most representative artists of the Viennese Secession, a movement that pioneered the artistic avant-gardes of the first half of the 20th century. His work is usually divided into several stages, which make clear the different ways that this artist had to conceive the painting, which range from those that have an academic style, more in accordance with the classical canons of representation, to the so-called “Golden Age” with a more experimental and personal style.

This phase of his production is perhaps the most famous, due to its break with traditional canons of representation and the use of techniques such as gold leaf, which he openly incorporates in some of his works. 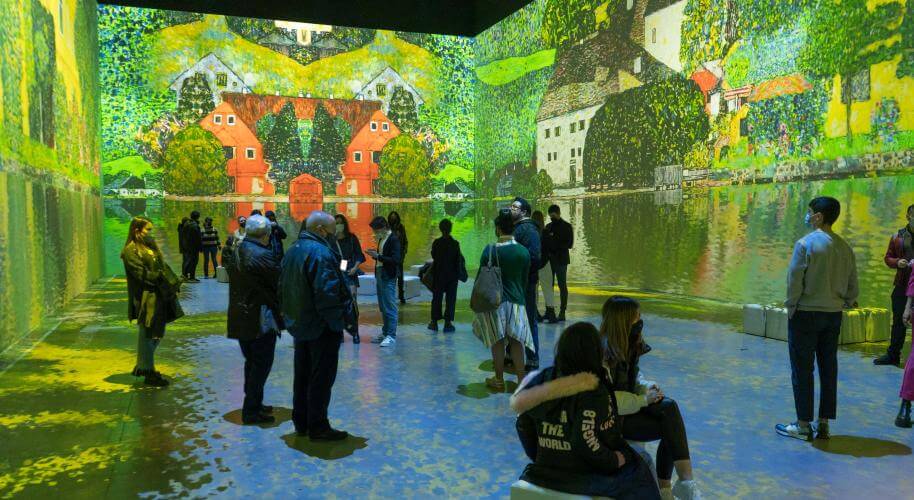