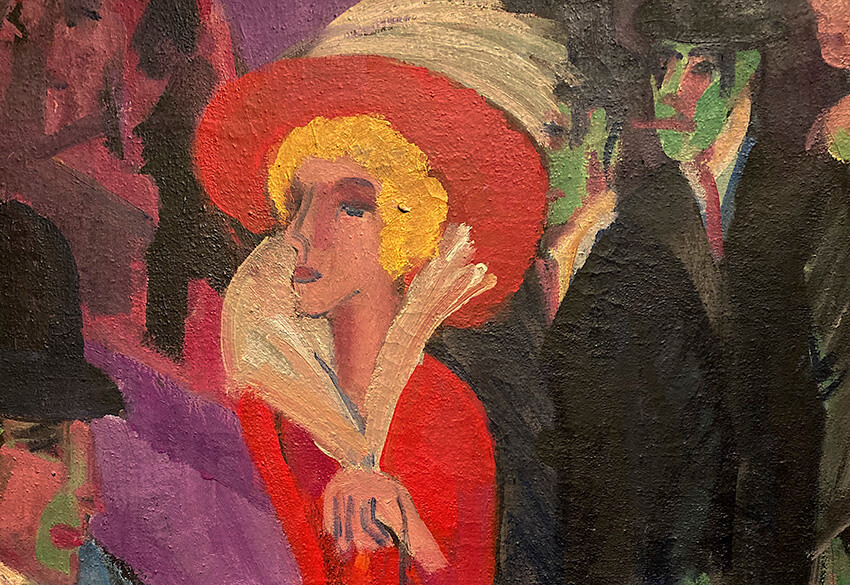 The baron was the first Thyssen to begin collecting 20th-century art, as his father took more interest in classical masters. Between the 70’s and 90’s he collected a great deal of art from the last century, having a special interest in German expressionism, becoming one of the most accredited and important collectors of his time.

Hans began his personal collection of expressionist artists with a watercolor by Emil Nolde, “Young couple” creating a special bond with this style of painting. We recall a phrase from him : “German Expressionism was for me the starting point of my collection of 20th century masters”.

This exhibition curated by Paloma Alarcó, shows us a new perspective of the works and the development of expressionism: the influences it had from other styles such as Cubism, the rejection by the Nazi community, how the Baron wanted to spread his collection and expand it to other countries.

We loved this phrase by Hans Heinrich, which shows that the art we buy has to nourish our soul: “I have always wanted to have the best paintings of the best painters. For this I have to feel that a personal relationship is established with each of them”.

Must visit. Food for the Eyes.

Art + Fashion in the Exhibition of Angel Ruiz Ruiz