Joaine Lemercier is presented at the Telefónica Foundation 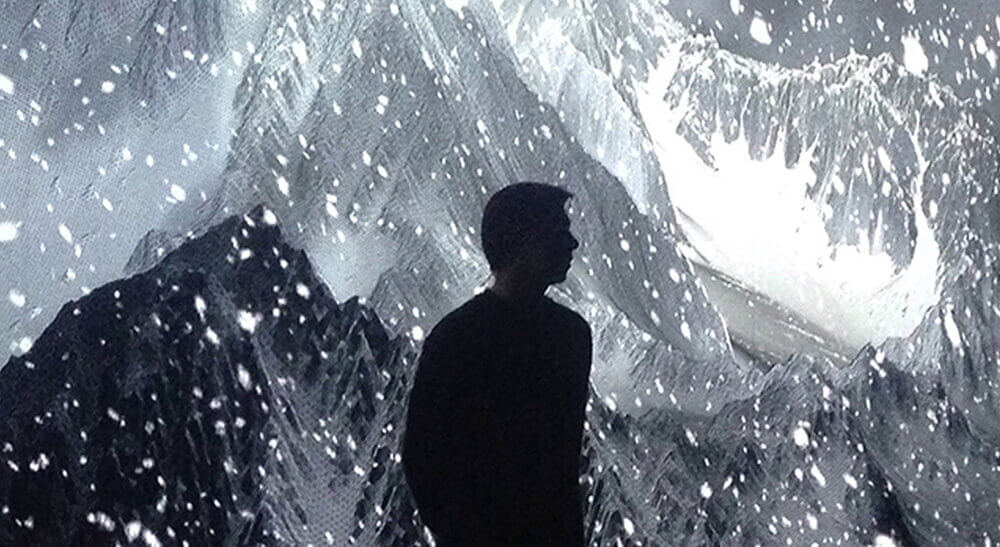 Joaine Lemercier is presented at the Telefónica Foundation

The exhibition consists of the first international exhibition fully dedicated to the work of the French artist and the first national presentation, being available for the visit until September 26, 2021.

Juliette Bibasse, its curator, has selected seven installations that essentially share the union of technology and nature, in order to inform the viewer of the human impact and create social awareness regarding situations of serious urgency.

Three of them are of recent creation, as is the case of Edges -which presents the geometric style with which the elements of the rest of his pieces are defined-, The Hambach forest and the Technological sublime -in which it shows the deforestation and consequent destruction of one of the oldest forests in Europe- and Desirable future -of a reflective nature, in which the visitor is proposed to sketch possible future-. The other four include Eyjafjallajökull, referring to the Icelandic volcano which caused numerous air accidents in 2010, Fuji, where the Japanese mountain is projected by a halo and Montagne, Cent quatorze mille pollygone, dynamic and changing landscape where computer-designed lines originate valleys and other orographic features

To understand the work of Joanie Lemercier it is necessary to know his early affiliation by design programs. From a young age, he began to control and manage DPaint, a precursor to Photoshop. He later studied Graphic Design and moved to Bristol, where he entered the Veejing scene -combining video and music leading to immersive sessions- and then trained in videomapping and 3D. In 2008, he became co-founder of AntiVj, a collective that sought a change in the forms and styles of Vjing at the time.

At the moment of success, with a busy schedule and many projects ahead, Lemercier felt the need to reconnect with nature and the wild and changed his line of work so that we can perceive in the exhibition, combining new motifs and techniques. 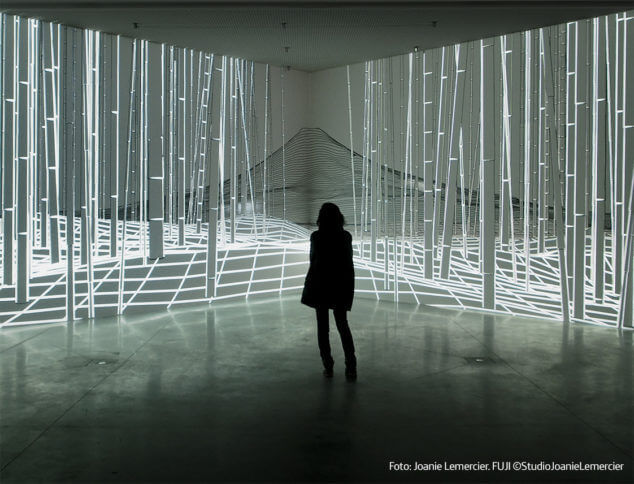 The Image Journey through Time at CaixaForum Madrid

The Telefónica Foundation teaches us the colour in every sense