The Fundación Mapfre, in its headquarters at number 23 of the Paseo de Recoletos in Madrid, hosts the exhibition “Field of Images”, in which you can see an important part of the work of photographer Paolo Gasparini. This exhibition is curated by María Wills Londoño, and consists of a selection of 300 images that account for 60 years of work by this artist.

Gasparini was born in Gorizia, Italy, in 1931, but in the early 1950s he moved to Venezuela, where he developed a prolific career as a photographer, highlighting mainly the production of shocking images that expose the inequalities of our time. Although Gasparini’s work is strongly linked to architecture and the urban landscape, it shows an air of social denunciation, in which economic, political and cultural discrepancies take centre stage.

His photographs portray different situations and locations on the planet, starting with Caracas, the city to which he emigrated in 1954, and following other cities in Venezuela, Brazil, Colombia, Cuba, Mexico, the United States and Europe; and are characterized by being repetitive and constant, since many times they are series that record the same places at different times, so his work acquires a narrative character of the photographed space that can span years.

Among these images, those made in Havana take on vital importance, which are divided into two temporary sequences, the first taken in the midst of the Castro revolution, in which its inhabitants are seen excited with the promise of social improvement proclaimed by the new regime, and the second taken thirty years later, where the people of that city are once again appreciated, but this time worn and burdened with a deep disillusionment.

With part of his work in the permanent collections of important museums and cultural institutions worldwide, such as the MOMA or the Centro de Arte Reina Sofía, Paolo Gasparini is considered by many art critics as one of the most important and influential photographers of the twentieth century, and this exhibition exhibited at the Fundación Mapfre is a reflection of his creative capacity that is undoubtedly worth visiting. 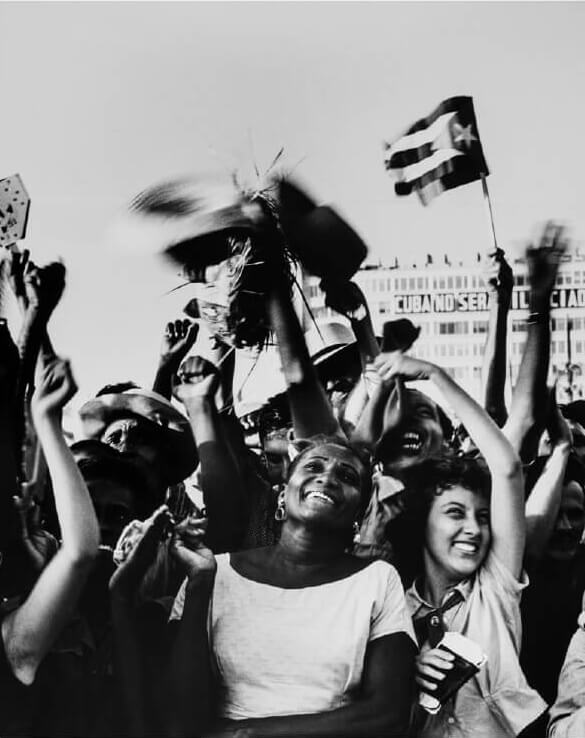