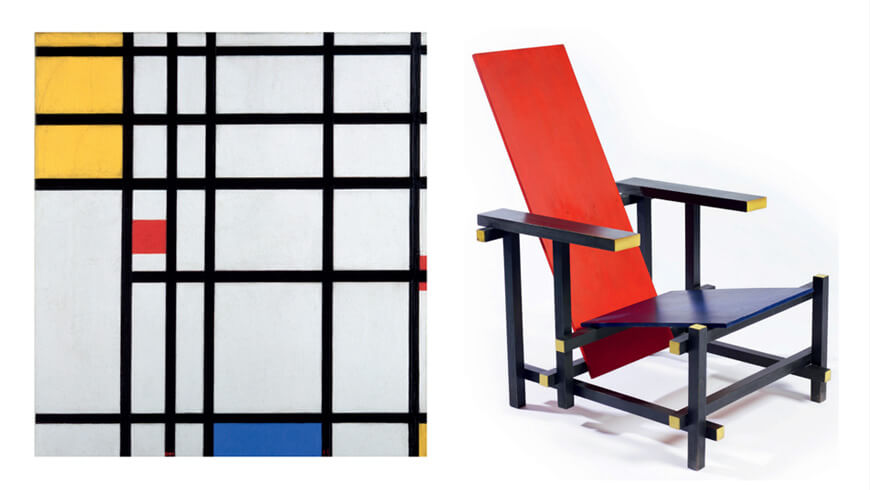 Of course this is the greatest exhibition of the year of Museo Nacional Reina Sofía: Mondrian & De Stijl.

Piet Mondrian (1872-1944) Dutch by birth, in 1892 began his journey in the world of art as a painter of Dutch landscapes. A few years of personal development that would lead to the creation of a new and groundbreaking style: Neoplasticism, being the food that would induce abstract art and the avant-garde, such as Cubism and Futurism.

Taking advantage of the neutrality of the Netherlands in the First World War, in 1917 with his friend Theo van Doesburg, painter and critic, and supported by group of young Dutch artists, united to found the magazine «De Estijl» (The Style) (1917-1926) where Mondrian would be the leader and creator of a new way of making art, departing from all established canons and erasing the boundaries between different disciplines. They cried out that the art was adapted to the coming changes and that the limits between the different disciplines were erased, where the Architecture would be the mother of all of them.

The artist came to the conclusion after several years of study, that the search for beauty (the end of every artist) and the same beauty itself resides in the surface, the structure, the composition of color and the lines, thus creating the foundation of his style, on which he continued to work throughout his life, revising and changing it to arrive at the purest and simplest expression of his art. He always had in mind that art could improve the world.

The exhibition not only focuses on him but also on some of his colleagues in the movement, to make it clear that the members of De Estijl were looking for an art more adapted to reality, purely contemporary.

At HōRNō, we are looking forward to the doors being opened and to feed ourselves until we get indigestion with Mondrian.