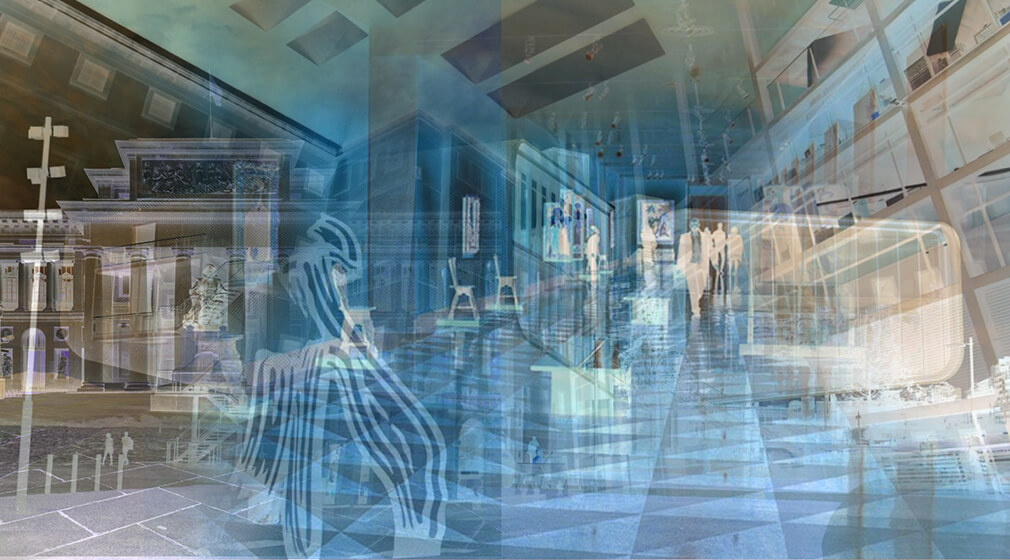 Finally, the long-awaited reopening of the Museums, we can go back to feeding on Art, that diet so nutritious and low in calories and with lots of healthy condiments that it feels so good.

The pandemic far from distancing us from art, has managed to connect the public and art on less frequented roads, and then to travel and delight in its landscapes virtually. All Museums say that they have increased their virtual visits and that this has come to stay, as large exposures are in decline due to economic problems and difficulties in receiving loans from other institutions together with rising insurance prices. We have the example of the Picasso Museum in Malaga that has inaugurated its exhibition “Arlequin” in the midst of a health crisis, not wanting to postpone it, keeping its date and thus carrying out the first Virtual inauguration in its history.

The Museo del Prado reopened its doors last June 6th, under the motto “The Reunion”, an unprecedented visit that will allow the viewer to enjoy his most emblematic works from a new location that revolves around the Central Gallery and the surrounding rooms. With free tickets during the first weekend and 50% off from Monday 8 to Monday 13 June, we have an opportunity to enjoy again one of the best art galleries in the world. A quarter of the facilities are reopened with capacity reduced to one third.

Tickets must be purchased at least one day in advance on their own website, including free tickets, which maintain the same free conditions as before the pandemic. In addition, attention should be paid to all hygienic recommendations: wearing a mask during the whole visit, going through a temperature control at the entrance, safety distance, etc.

The Guernica remains impassive waiting for our visit, as the Reina Sofía Museum which also reopened its facilities last weekend, and under the same conditions as the Prado, except that tickets can be purchased at its ticket offices. The museum, which was originally a hospital, will once again transform illness into health but under the gaze of art, a visual and spiritual cure of the soul. As there is no harm in not coming for good, being limited the capacity you can enjoy it without crowds and with all tranquility.

The Thyssen Bornemischa Museum, third pillar that forms the Triangle of Art, left in pause one of its most important exhibitions this year «Rembrandt y el Retrato en Ámsterdam». This hibernation has caused the exhibition to be extended throughout the summer, and despite the 3 few weeks that it was exposed, it was well received. The following will be from Alex Katz to be inaugurated in September and the long-awaited exposure of René Magritte next.

Outside the Art Triangle, we have the Fundación Mapfre which opened its doors on June 2nd with a double exhibition “Rodin-Giacometti”, an intense dialogue between two artists who, although they became contemporaries, their lives never crossed, had parallels, many points in common, their creativity, their inspirations and the fact that they were both experts in drawing, although they were also very different. 100 works in which you can feed on the essence of both artists who sometimes seem to drink from the same creative source.

Due to mobility restrictions, museums are considering boosting national tourism with new proposals and from a perception closer to art and more reflection between work and spectator. The effect of the Corona Virus seems to have caused unexpected side effects and opened the eyes to a new relationship with art, a visual nutritious metamorphosis, which we support.