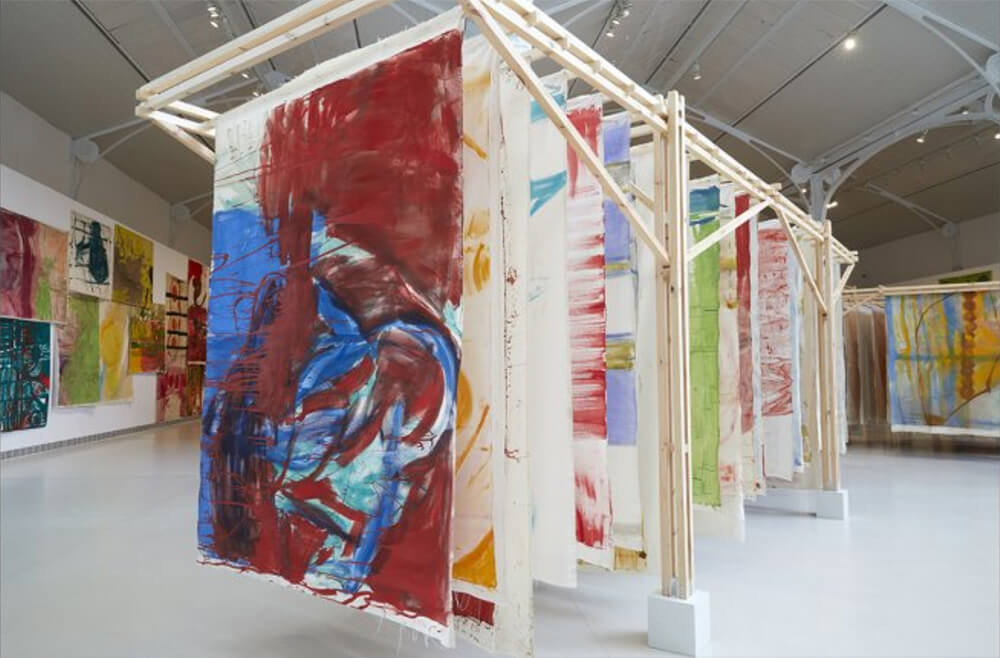 Exhibition outside of the Museum 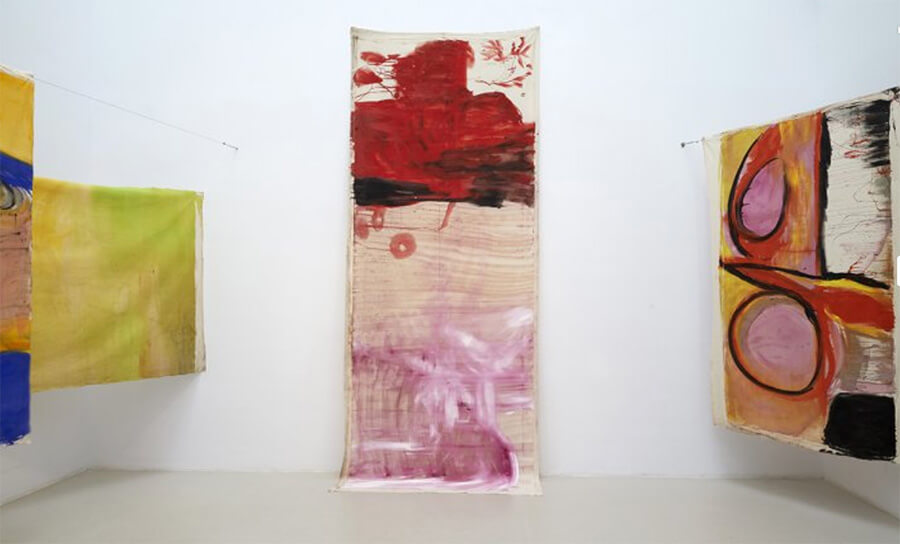 The exhibition of the Museo Reina Sofía takes place in the Palacio Velázquez -Retiro Park, one of the exhibitions outside the museum, will be available until May 2, 2022. Its curator, Manuel Borja-Villel, stresses the importance of knowing the biographical trajectory of the artist to understand the twists and metamorphoses that occur in the artistic ensemble, formed by more than five hundred piece.

For this, two stages in the life of Vivian Suter (Buenos Aires, 1949) are distinguished: her stay in Basel (1964-1982) and her transfer to Panajachel, in an old coffee plantation located in the middle of the Guatemalan jungle, where she currently lives. The difference in environment -change from city to nature- is intensely reflected in her work, giving rise in the second period to an organic convergence between the artist’s creation in the studio and the climatic influences from the outside. Mud, rain, dust are integrated into the textile by formulating unique combinations in their meaning but which in turn generate common reactions in the spectator, who assumes with amazement the entry and impact of natural forces in the exhibited pieces.

The disposition in the space to be visited is arbitrary; it seems to mimic the tropical chaos by which the artist of Swiss origin is surrounded daily by the dispersion and agglomeration of the pieces without frame by the walls, ceiling and even floor. However, there is a stylistic difference between her oldest canvases, located in the left wing of the room, whose appearance is more normative and orderly, and those arranged in the right wing, more recent creation, which gained in proliferation and chromaticism.

The artistic evolution of Vivian Suter is the reflection of the footprint of the environment in which we develop; the intrusion of this in our daily life; the contrast between the annulled nature and the overflowing vitality.

Eternity captured by Don Bergland at the CAC in Malaga