The Fundación Bancaja Center of Valencia (Plaza de Tetuán, 23) exposes until next Sunday, March 6 the exhibition dedicated to the artistic and personal complicity that existed between the 50s and 60s between the sculptors Jorge Oteiza (Orio, 1908 – San Sebastián, 2003) and Eduardo Chillida (San Sebastián, 1924 – 2002): “Jorge Oteiza and Eduardo Chillida. Dialogue in the 50s and 60s”.

The exhibition tour, which includes 120 pieces, is an exhaustive and unprecedented look to two of the most important figures of Basque and European sculpture of the second half of the twentieth century. After almost 20 years of the death of both Spanish artists, works as important for the international artistic panorama as the Laocoonte of Oteiza, and the Oyarak of Chillida are exhibited together.

Despite the lack of formal and material coincidences between the works of the two sculptors, one can distinguish a concern for similar themes: light, the spiritual and visual sonority. Through the exhibits parallels are sought in their works and reminiscent of an era before the beginning of their clashes (by cross accusations of plagiarism).

This unprecedented initiative has been possible thanks to the loan of works by the institutions of the Basque sculptors, the Fundación Museo Jorge Oteiza (Alzuza, Navarra) and Chillida Leku, and also has works from public and private collections: Museum of Fine Arts of Bilbao, Guggenheim Museum of Bilbao, Museo Nacional Centro de Arte Reina Sofía…

“Jorge Oteiza & Eduardo Chillida. Dialogue in the 50s and 60s" 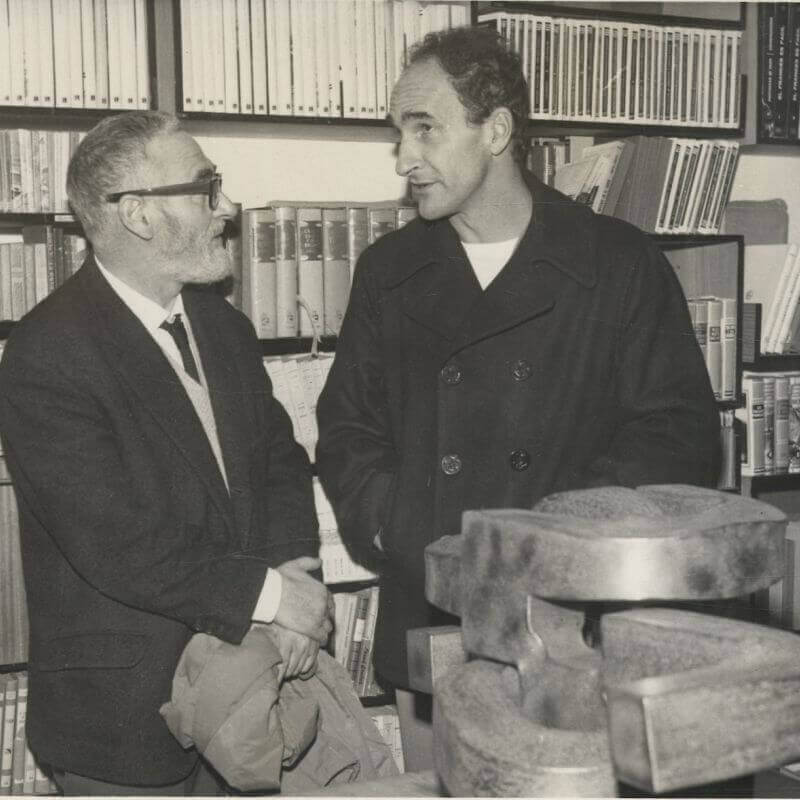 The Garden of Delights: digital rediscovery of a classic work in Matadero Madrid