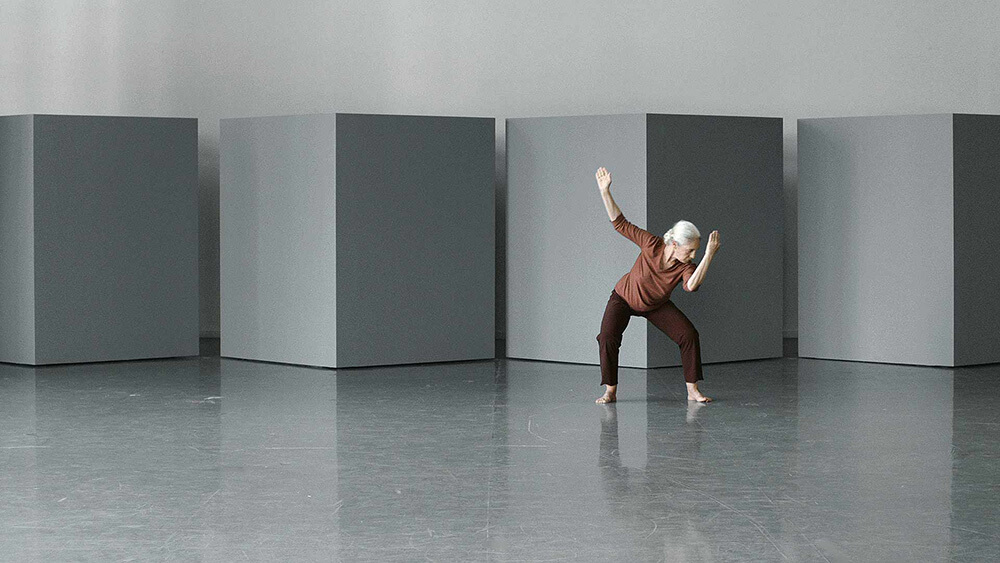 The Guggenheim Museum Bilbao presents in its Film & Video room the exhibition “Sharon Lockhart. Rotation notation”, composed of a video installation and a series of photographs by multidisciplinary artist Sharon Lockhart (Norwood, U.S. 1964), based on the legacy of choreographer Noa Eshkol (Kibbutz Degania Bet, Israel, 1924) and architect Avraham Wachman.

Through a wide variety of media, the American film deals with topics related to human activity and its ways of organizing within different fields -sports, work, choreography-. The exhibition, which will be available until February 27, presents four exercises, performed by the dancer Ruti Sela, in which the methods devised in 1958 by Eshkol and Watcham for the analysis of body activity are exhibited.

The set design of the installation is made up of four identical grey volumes, taking as a reference the proportions occupied by the dancer’s body in the space. The volumes arranged in the piece change in each of the four dances but are always adapted to the potential movements of the dancer’s body. The result of this system of notation is a choreography in which movements, divided into short sequences, are abstract and expressive. This method is called EWMN, and is still used today for choreographic guidelines, research of animal movements and diagnosis of behavioral disturbances.

In addition, the exhibition also exhibits sculptural photographs of the spherical models that were used to articulate the possible rotations of the joints and extremities. Through this exhibition, Commissioner Manuel Cirauqui wanted to stress the value of the body and reflect on the fundamental nature of audiovisual technologies for human relations and rapprochement without physical contact.

Manuel Viola exposes the endless journey of a divided society