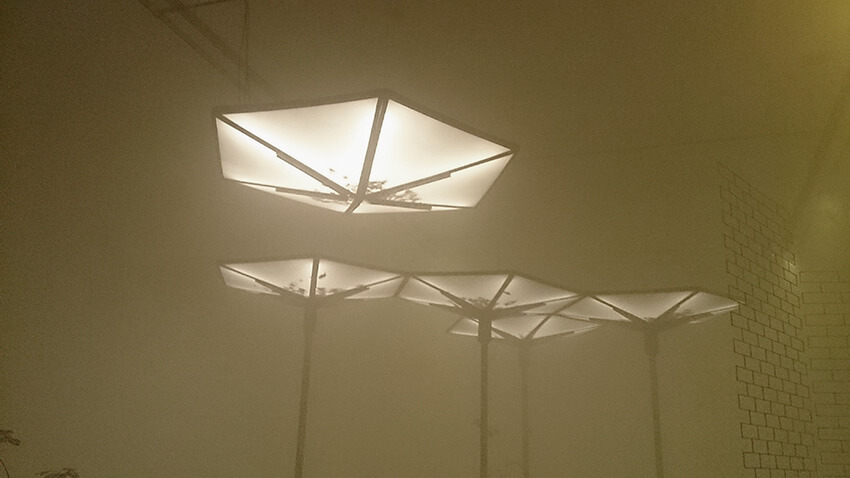 Alvaro Urbano(Madrid, 1983) : presents to us «The Awakeining», an installation that fall you into a dream where the limits disappear. Those dreams in which the mind frees itself by creating a dream space, in which we would like to stay forever and not wake up. The fog envelops you in such a way that you move to another dimension where you breathe peace and eternity.

La Casa Encendida of Madrid hosts this interesting work where the artist develops the concept of reviving the «Pavilion of the Hexagons» by the architects José Antonio Corrales and Ramón Vázquez Molezún, located in the Casa de Campo in Madrid. It brings it back to life in a conceptual way, after years of abandonment and ruin, and of which Nature has appropriated both its walls and its history.

It is a symbolic awakening in which light, vegetation and the memory of space come back to life, awaken from a winter lethargy of years. A structure based on hexagons supported by columns, as if it were a grove, where the light is filtered creating a dream setting. Who would say that the building was originally the Spanish Pavilion at the Universal Exhibition in Brussels in 1958 and a reference of Spanish architecture. 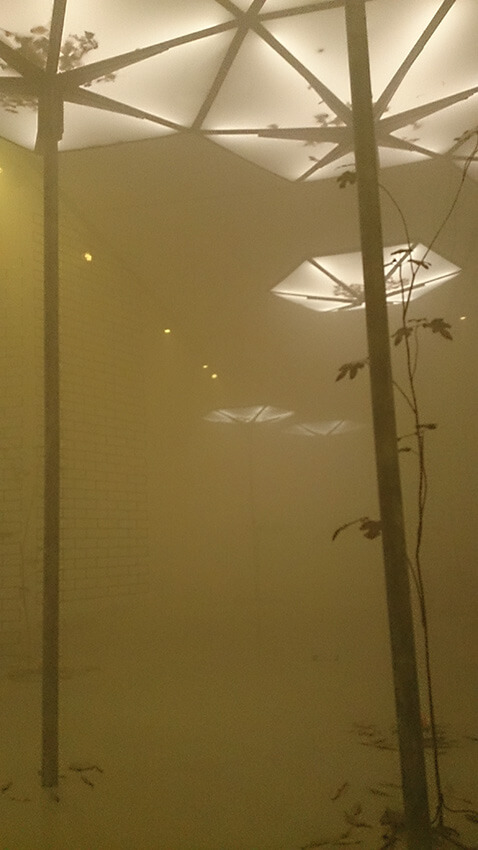