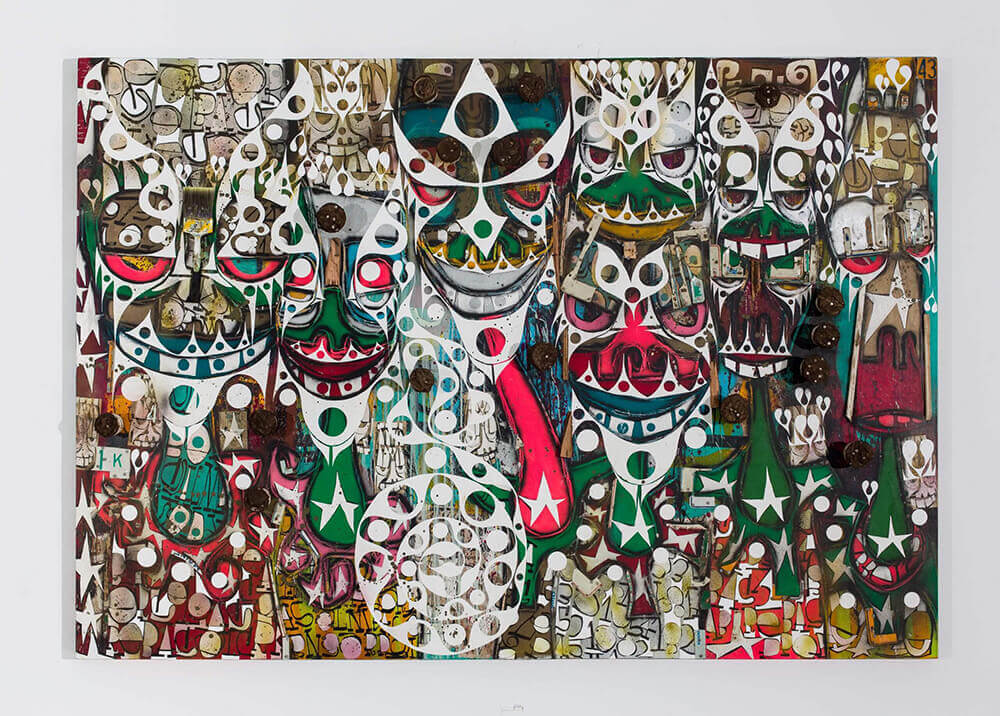 The CAC, Centre of Contemporary Art of Malaga hosts in its spaces the first retrospective exhibition in Europe of the American artist Phil Frost called “Plotting Upton The Passage Of Time”, which has been curated by Fernando Francés and can be visited until 22 May 2022.

The show includes an important selection of the works made by Frost from 1997 to the present; among those that stand out Bust of Hammer Head (2004-2014), Divergence of Opinion (2014-2018), and Untitled (2016-2021), given that in them you can observe, in a very clear way, the treatment of materials and the techniques of plastic creation that identify this artist.

Phil Frost was born in Jamestown, New York, in 1973, and after spending his childhood in rural areas when he reached adolescence he moved to the big apple, where he began to be influenced by the underground world of New York. With a self-taught education, his beginnings in the art world are marked by his interventions in the streets and other urban spaces of New York, with which he won the recognition of the international art scene.

Among the characteristics of his work is the use of layers that overlap on different supports, such as wood, fabrics and other objects, which often begins as collages of newspaper pages and comics to which he adds a variety of elements that he then paints with mixed techniques, such as acrylic, spray paint, or even the típex, achieving that his artistic production acquires a spatial texture, that transgresses the conventional pictorial plane.

Likewise, said artist has developed a particular iconography that transits between abstraction and tribal art, composed of characters with elongated faces and stylized bodies reminiscent of African masks and indigenous totems, but with a lush color palette dominated by red, blue, yellow, orange, pink, brown and green tones.

Undoubtedly this exhibition is an exceptional opportunity to delve into the work of this consecrated artist and understand why he has become a reference for many of the artistic currents of today.

“PLOTTING UPON THE PASSAGE OF TIME” 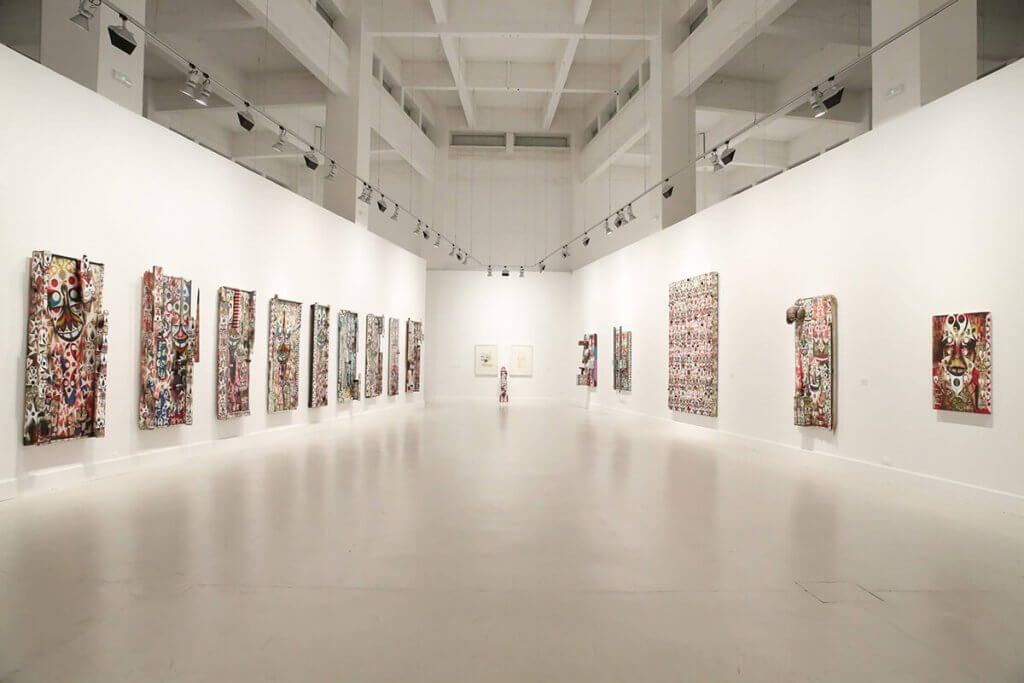 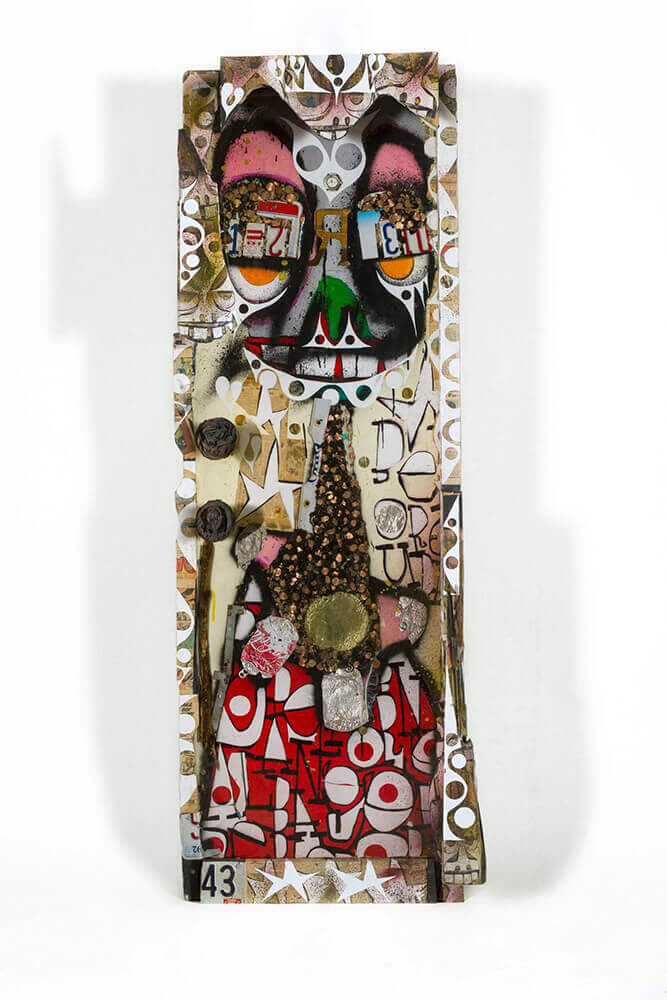 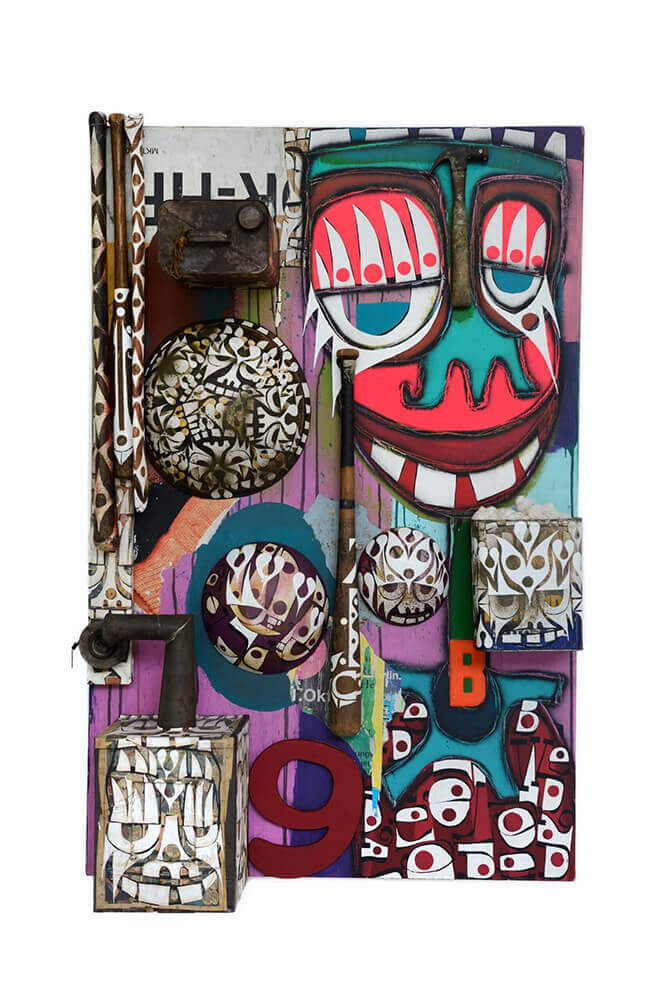 American Art from the Eye of Baron Thyssen