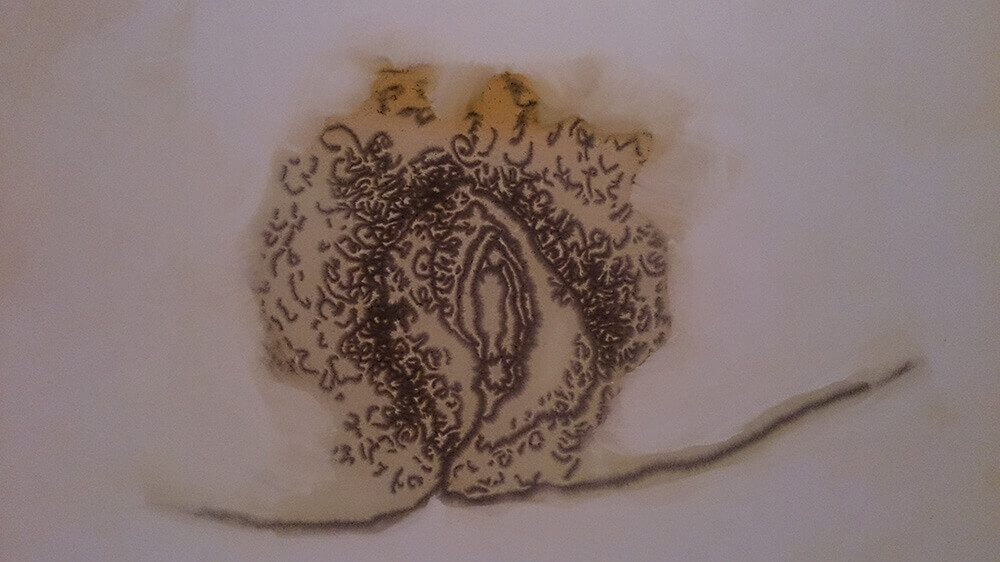 In collaboration with Comunidad de Madrid.

The Museo Nacioal Reina Sofía is hosting until September 27 an exhibition -the first in the world- fully focused on the fruitful trajectory of the New York artist. Her work focuses mainly on the exploration of sexuality, violence and politics from an ironic perspective, making use of a certain mordacity to make an accurate critique of different aspects of the society around us.

Born in the suburbs of the Bronx, Ida developed her artistic interest at the NY State Institute of Applied Science and later the Art Institute of Chicago, showing early feminist overtones in her pieces.

However, it was not until his admission due to severe depression at Mercy Hospital (1960-1973) that Ida identically defined her artistic expression. Using ink, watercolor and pencil, she takes refuge in the baths of the psychiatric hospital, tirelessly capturing for several months her genitals, which leads her to the encounter with her most intimate “me”. It will be at this time when she adopts a new surname: “Applebroog”, denying the tax for her marriage, “Horowitz”.

It will come to a stage in which her character coincides with the prominence of the feminist movement of the early 1970s. In the form of theatrical performances accompanied by short texts, it shows the manipulation to which we are subjected by scientific paradigms, blurs the barrier between the public and the private and finally points to the spectator as a puppet, leading him to identify with the scene depicted there.

In the 1980s, her pieces acquired a greater dimension, and can be observed both individually and as a group installation. Their late motive is disasters caused by the human condition.

Ida’s work does not judge with a hard hand those who contemplate it, but seeks to awaken the will of the individual to counteract these scourges.