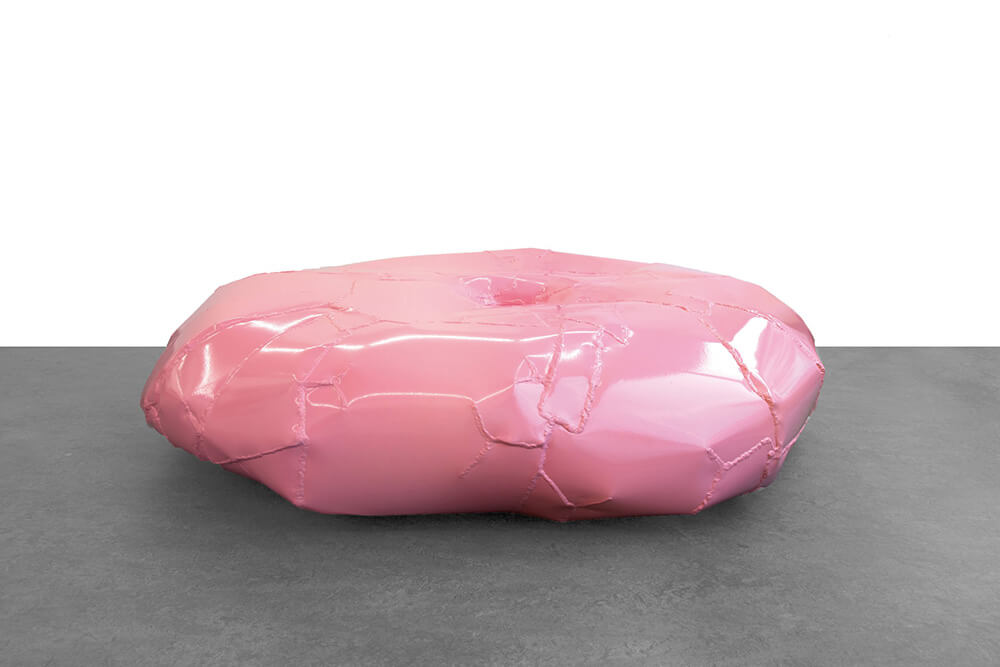 Curator Helena Juncosa presents until 29 August 2021 a retrospective of the Viennese artist at the CAC, Centro de Arte Contemporáneo de Málaga with 35 of his most iconic works, including sculptures, furniture and collages in materials as disparate as papier-mâché, plaster or aluminium. Franz West’s production (1947-2012) is marked by a varied use of techniques and forms, articulated in a dialogue between the influences it receives – European avant-gardes, Viennese secessionism and African art- and the desire for the spectator to interact with the piece through its use, while also perceiving certain nuances of humour and morbid irony in its expression.

The pieces related to the 1970s are called Adaptables, a name in reference to the desire for the viewer to evaluate the piece in a complex way, transcending the mere first impression and the perception of the different objects that made up the pieces. The concern for the visitor’s reaction persists in the 1980s, captured in colorful pieces such as Passstück (1983) or the series “Legitimate Sculptures”, promulgating total reflexive freedom. One element to stand out is the random choice of the pedestal, varying in its shape and dimensions.

Two periods are distinguished in terms of his furniture production: the first, with works such as Habsburger Stuhl (1989) in which the use of materials such as steel is frequent, epoxy resin or other metals whose rigidity and coldness make it difficult for viewers to be close to and manipulate parts; and the second, from the 1990s, when West started with foam upholstery to solve this problem, giving rise to chairs like those on display.

Another of his techniques to review is collage, which he makes combining photography and painting with a joking touch. Examples are Plakatenwurf (2003) and Untitled (Man with a Ball (2012).

Franz West. Recent decades. It pays tribute to the extraordinarily diverse trajectory of the artist, who has a presence in international public collections the size of the Tate Modern (London), the Centre Pompidou (Paris) or the Museum of Modern Art in New York.

Undoubtedly it is Art for the Hungry. 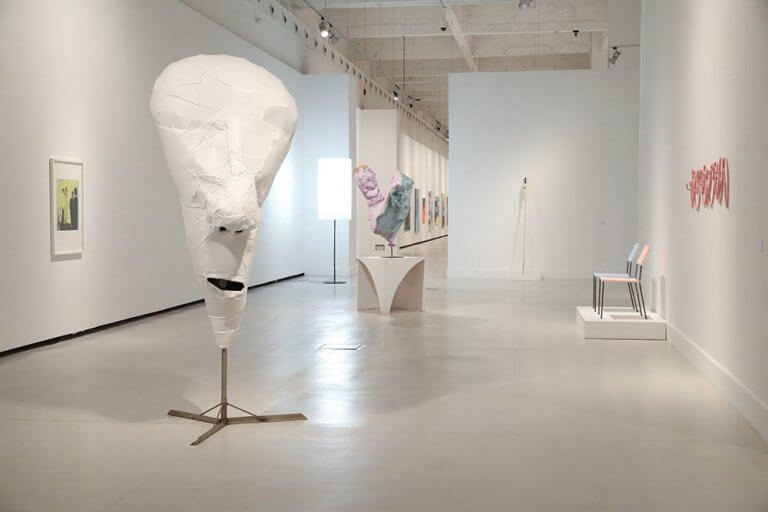