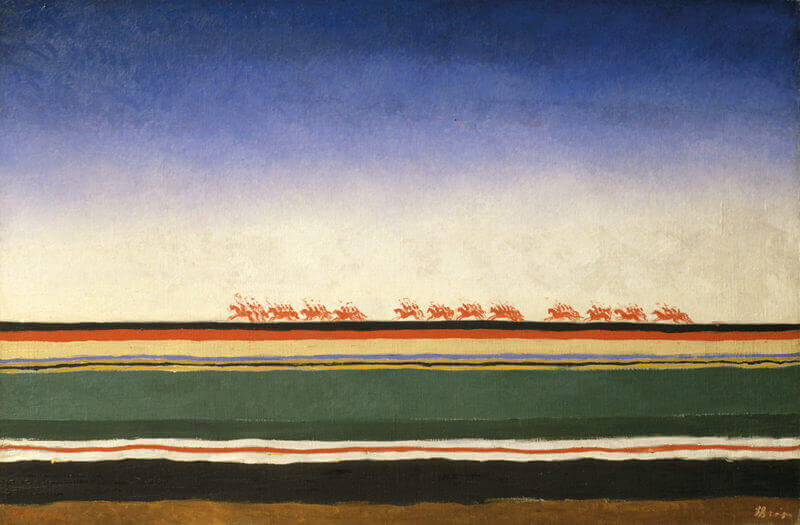 Collection of the Russian Museum of Malaga

Available for a visit until 24 April 2022, the Collection of the Russian Museum of Malaga presents the exhibition “War and Peace in Russian Art”, consisting of 183 pieces whose main theme revolves around the warlike genre and its relevance to history; at the same time works expressing the opposite state, periods of stability and peace are also discussed.

The set builds a journey through the history of the creation of this pictorial typology: from its beginnings in the Middle Ages, with representations in buildings of religious character; the foundation of the Imperial Academy of the Arts of Saint Petersburg (1757); the influence and impact of German and French artists on the birth of the national school of battles, such as Adolph Charlemagne and Franz Roubaud; World War I as a turning point in art; the success of Tolstoy’s pacifism as well as its subsequent repercussion in the October Revolution, with the consequent entry of communism into Russian society; the passage through the avant-gardes by artists such as Kazimir Malevich or Sofia Dímshits-Tolstaia; and finally, the arrival of Soviet realism in the 1930s.

The pieces stand out in relation to the battles of Moscow and Stalingrad, the defense of Sevastopol and the siege of Stalingrad, among many others; highlighting all of them the damages caused to the Russian people, and thus generating a reflection whose objective is to make the spectator aware of past violence, so that it does not happen again.